The changeup grip can vary a lot, from circle-change grips to split-change grips to palm-ball-like grips. Changeups are probably the pitch where the grips have the most variation. 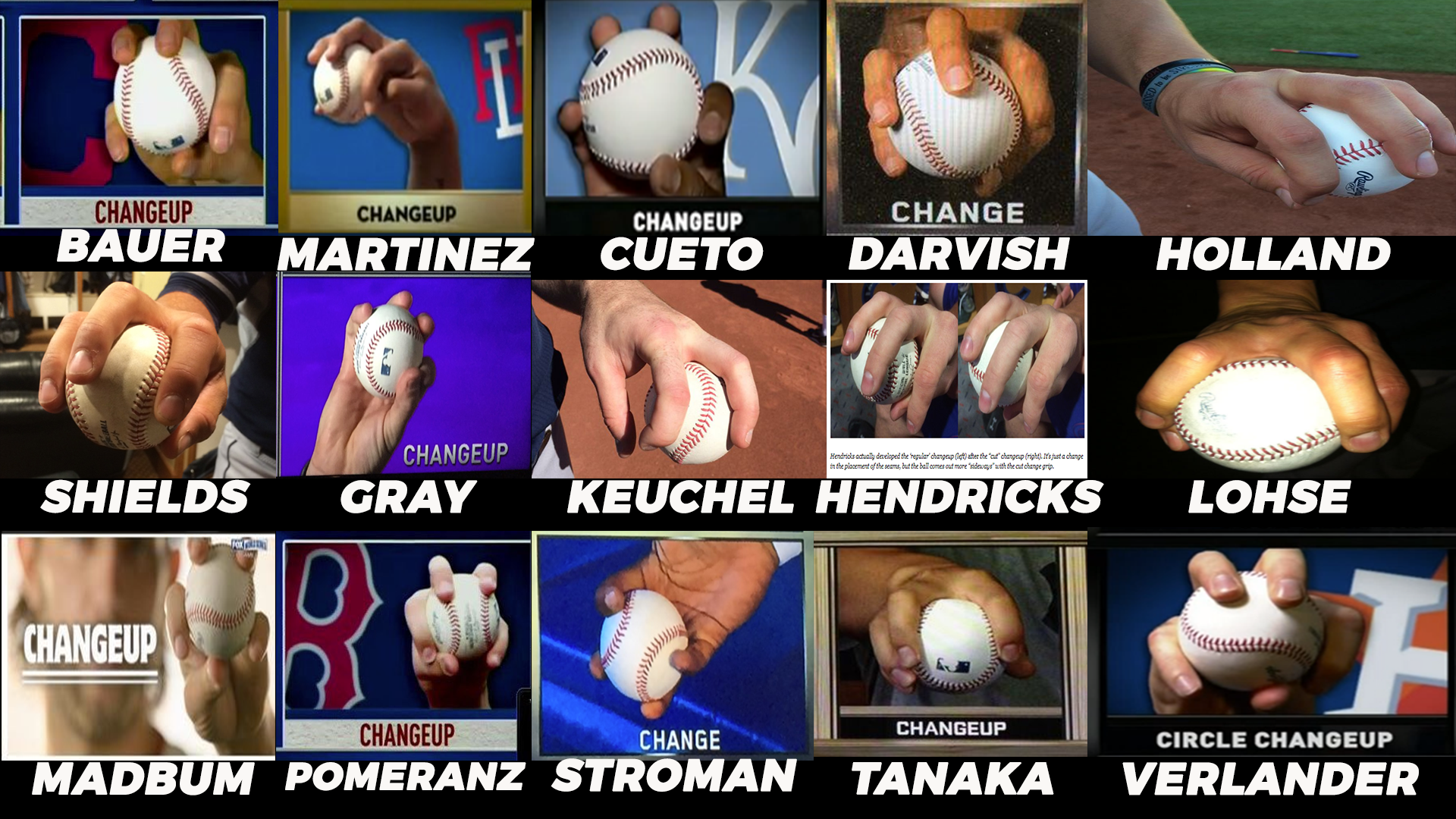 The movement of a changeup depends on the the comfort of the grip along with the wrist/hand action. Some changeups are taught with earlier pronation (turning the thumb of the throwing arm downward) near release, which can cause the pitch to move towards the pitcher's arm side.

Besides movement, changeups should spin less than fastballs, which should result in more ground balls. 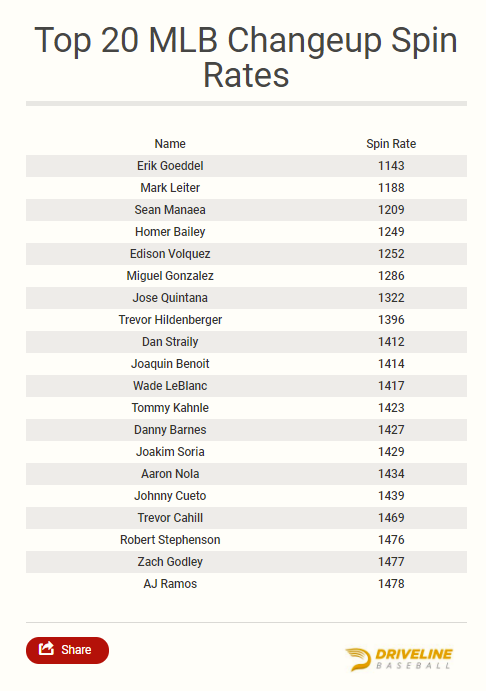 Spin rates are ordered from the lowest up.