Splitters are similar in nature to changeups. Based off of a wide grip with two fingers, splitters spin significantly less than fastballs, resulting in downward movement and occasional side movement. Because of the wide grip, pitchers are going to want to think of throwing the area between their fingers to the target. This shift of focus is needed because a splitter doesn’t roll off the tips of the fingers like a fastball, but instead it comes off on the inside of the fingers.

Splitters have more unstable spin, because they spin much less than a fastball, so they can be more difficult to control than other pitches—especially since the pitch comes off different parts of the fingers. 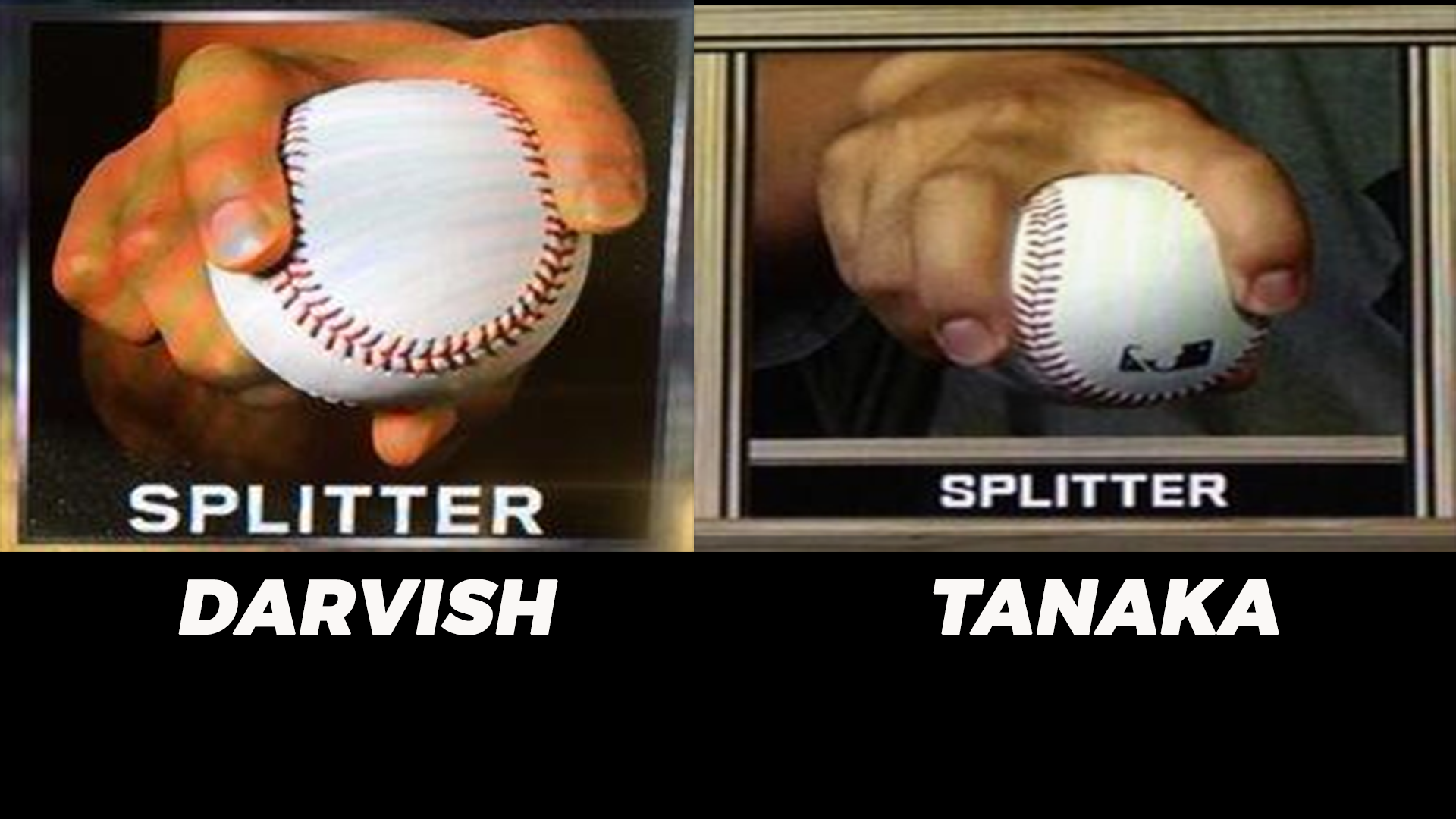 Finger flexibility is going to be a big part of how successful a splitter is. We’ve seen in previous experiments that as fingers move further apart, spin rate tends to decrease.

Splitters are best used similarly to how changeups are used: as a change of pace pitch and slower than a fastball. They should be able to get swings-and-misses and ground balls.

Here are some examples of splitter spin rates compared to fastball spin rates. 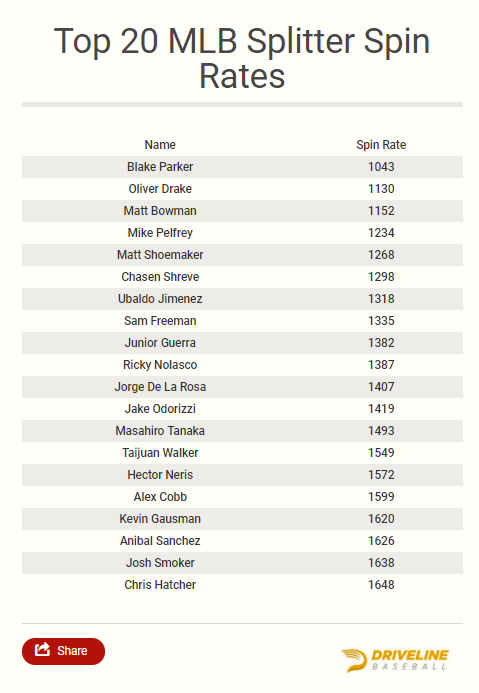